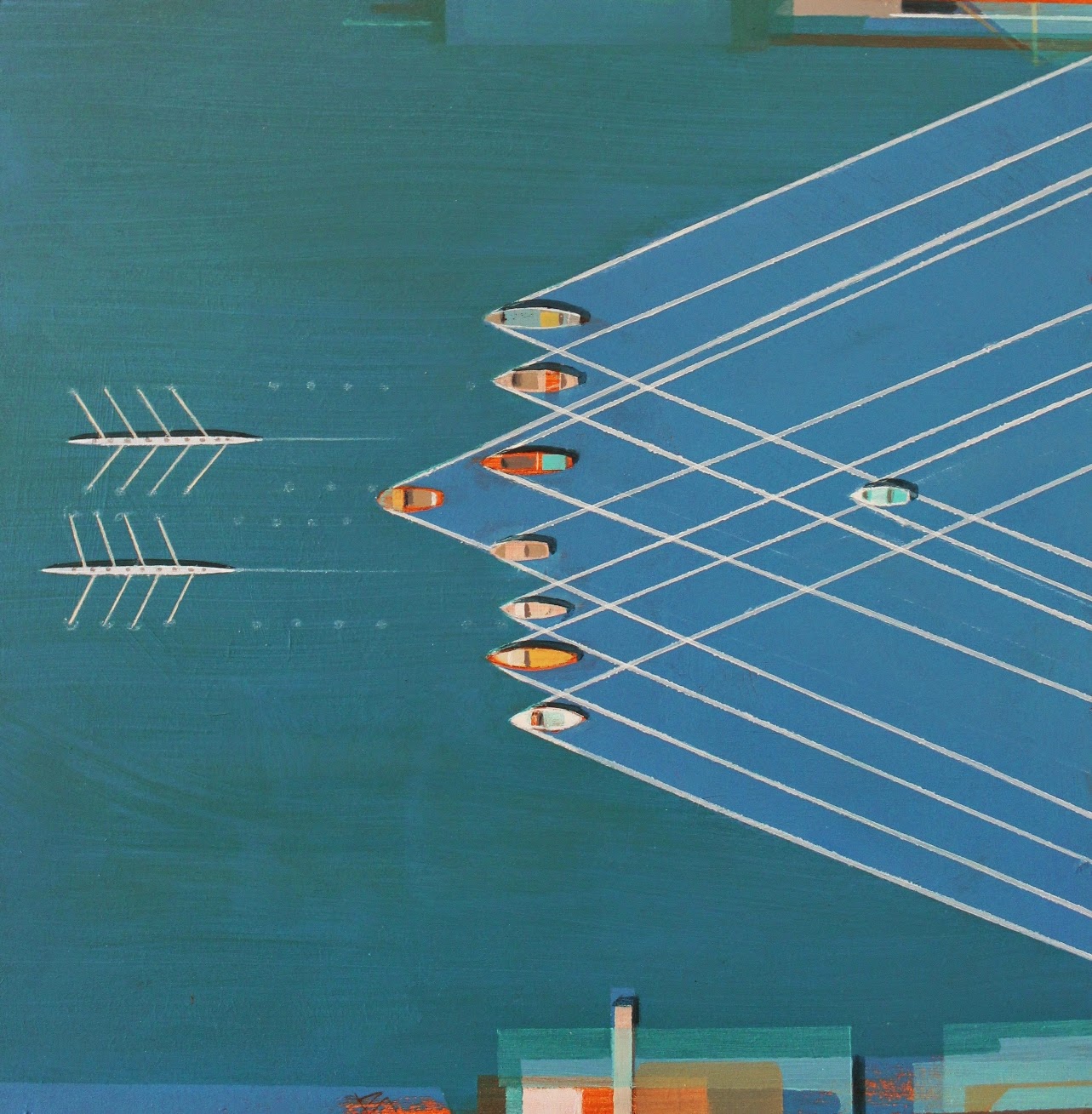 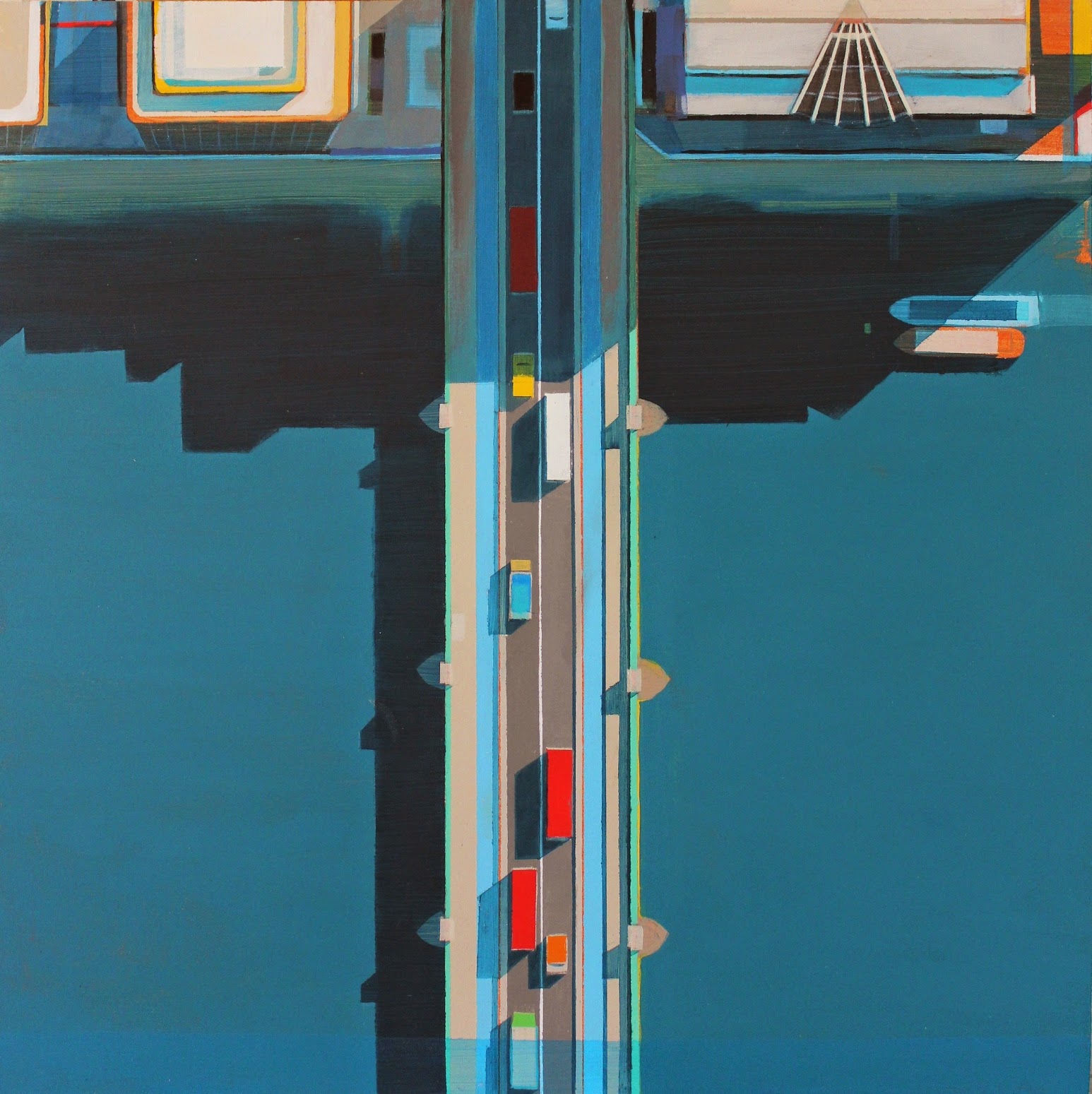 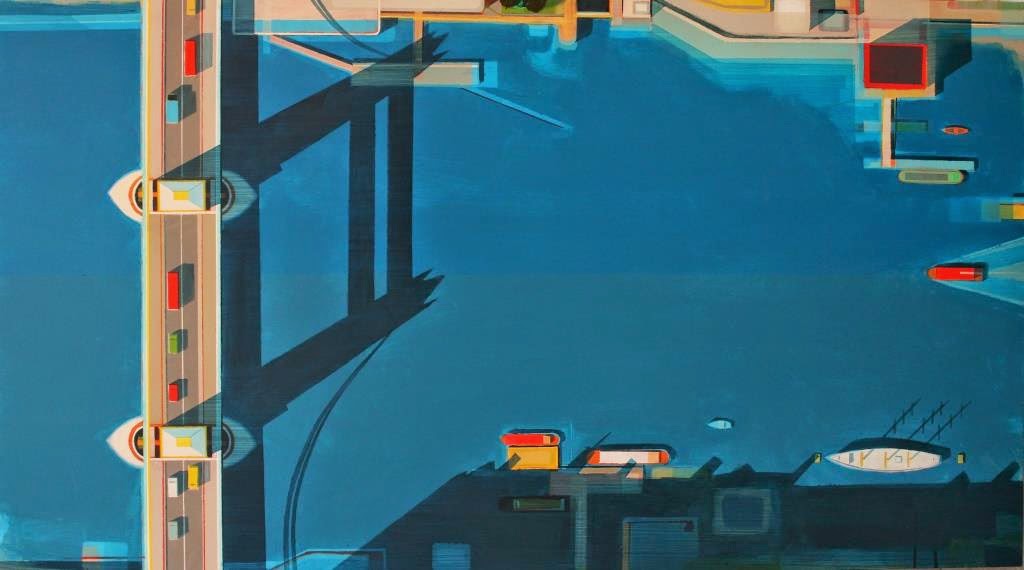 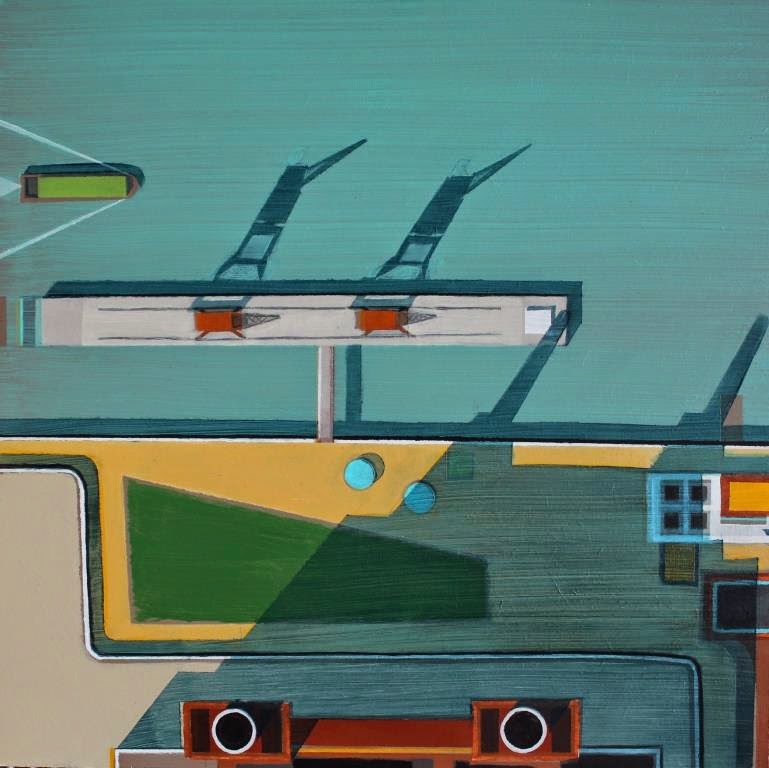 Here's some recent work for my next exhibition, which will be in London at the Affordable art fair Battersea , 23 - 26th October . I will be represented as usual by the Cornwall Contemporary gallery. There will be some more paintings of London there too, hope you can make it along !
Posted by alasdair lindsay at 06:59 No comments: 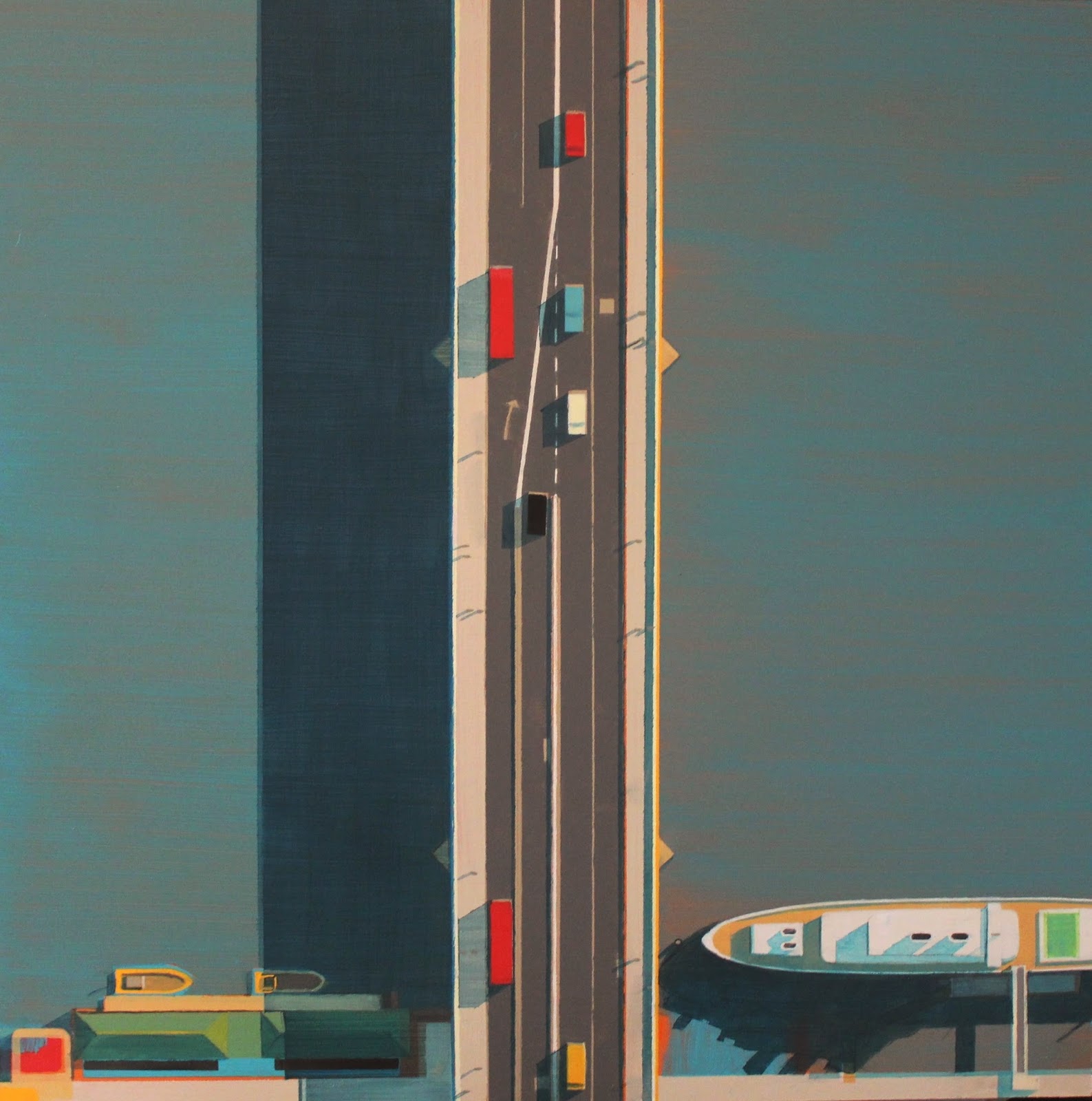 Waterloo bridge sunset, 45 x 45 cm . Good news so far from the Royal Academy - this painting has gone through to the final round of judging for the Summer exhibition . So like hundreds of artists across the country I will have to sit and wait to hear their decision . Lets hope its good news.
Posted by alasdair lindsay at 01:53 No comments: 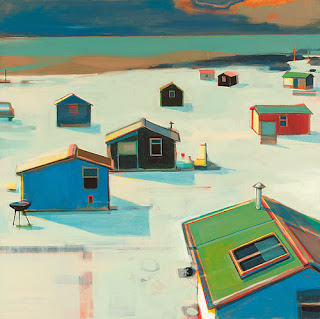 Wishing you all a merry Christmas and a happy 2014 ! Fight off the terrible weather with a few glasses of Christmas spirit !
Painting above - Hayle in winter, 100x100 cm acrylic on canvas.
I have started a new page on facebook about my paintings , please have a look or Like - https://www.facebook.com/alasdairlindsayart . Thanks
Posted by alasdair lindsay at 01:16 No comments: 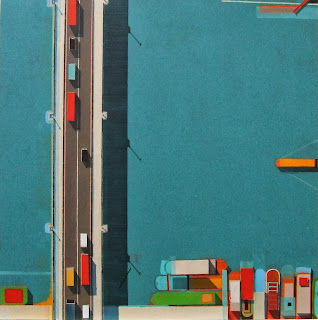 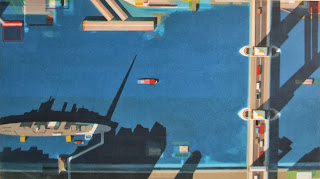 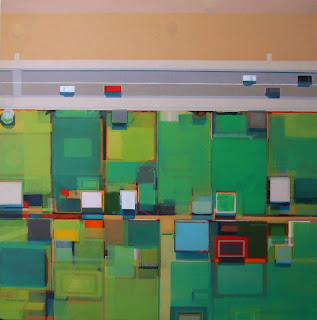 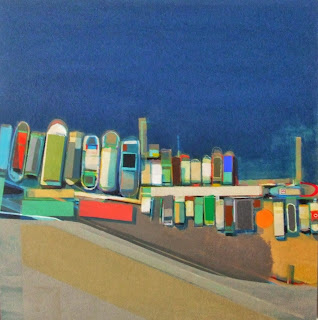 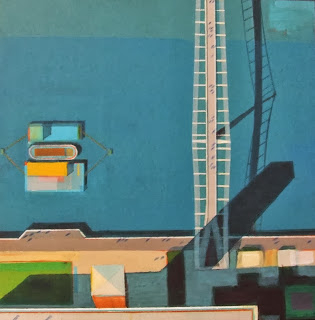 All these recent paintings will be at the Cornwall Contemporary gallery stand at the Battersea AAF , 23 - 27th October. 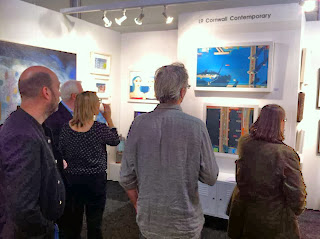 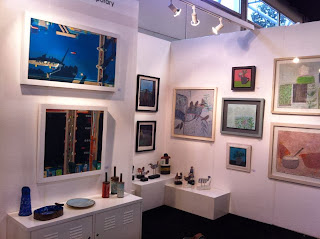 Posted by alasdair lindsay at 13:45 No comments: 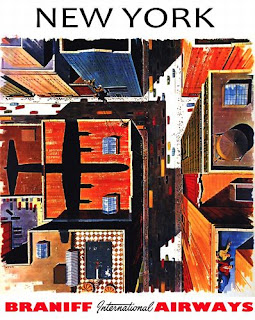 Mid century poster design has always been and interest and I guess an influence on my painting. I saw these two posters yesterday and bet you can guess why I liked them ! 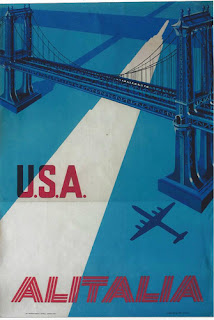 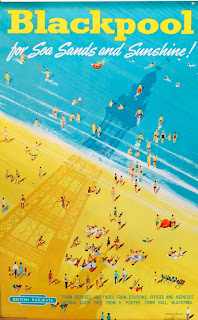 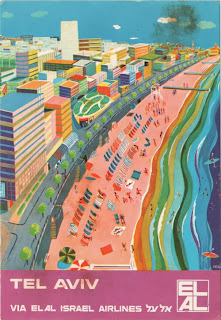 Posted by alasdair lindsay at 06:39 No comments:

I have a small show of paintings at Beside the wave gallery in Falmouth at the end of this month. Its called a Special collection , which I guess is just a term for a small show ! The title is Above and Beyond. 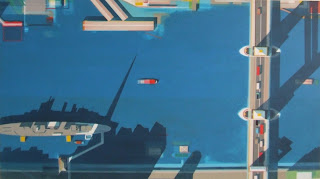 Press Release for Alasdair Lindsay 'Above and beyond' - 28th September – 4th October 2013 . Words by Chloe Wild.

Beside The Wave has exhibited Lindsay’s work since 1998, the year following his graduation from University College Falmouth. There is a great pleasure in watching an artist’s work develop, even more so when early promise is realised so emphatically. Over the past fourteen years Lindsay has established his identity, working with dedication and conviction.
An over riding fascination with colour and space is ever present in his depiction of landscape, a characteristic associated with his hero’s of the Californian ‘Bay Area Figurative Movement’ in the 1950’s and 1960’s. Of this art movement, Richard Diebenkorn in particular has had an enduring influence; Lindsay’s work is resonant with a ‘Californian’ style - strong, clean palette and light, bridging abstraction and figurative painting.

Architectural structure is a powerful compositional element. However, modernist buildings that fit Lindsay’s aesthetic aren’t altogether abundant in Cornwall. Characterised by simplified form, minimal lines, flat rooftops and white walls, Porthminster café and Penzance Lido are probably Lindsay’s most common haunts. Tankers parked in dock, jutting pontoons and beach huts are other frequent subjects, the contrast of angular, geometric structure bordering water an ongoing theme in the work.
Also of interest is a series painted in Mylor Harbour, its new 1960’s inspired Yacht Club a honeypot for Lindsay. Not only can he gain a high viewpoint but the building sits at the water’s edge with no end of continuous line in its design.
In this collection we also see some of Lindsay’s recent aerial paintings, made over London of the Thames. These paintings lean more to abstraction, grid like compositions with shapes translated only by their shadows. Injecting a modernist vision into his landscapes, Lindsay has developed a language exciting in colour, form and content. Bold, confident paintings that strip away the superfluous to leave a dynamic interpretation of place.

Notes: There will be approximately 12 new paintings in the collection. In 2000, 2004 and 2005 Lindsay was selected to exhibit in the Hunting Art Prize, receiving second prize in 2004. In 2007 his work was exhibited in the Sunday Times Watercolour Competition at Mall Galleries, London. Lindsay regularly exhibits in Cornwall and London . 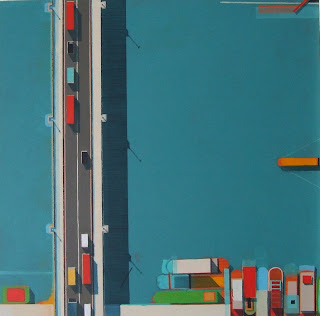 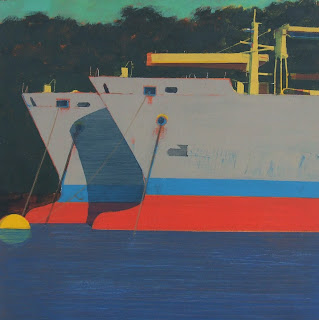 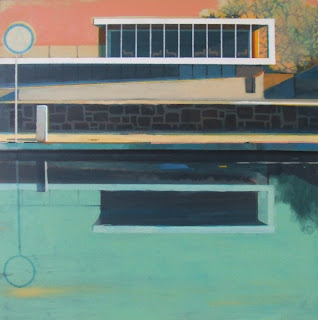 
Posted by alasdair lindsay at 10:23 No comments: 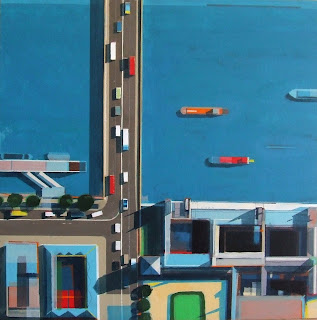 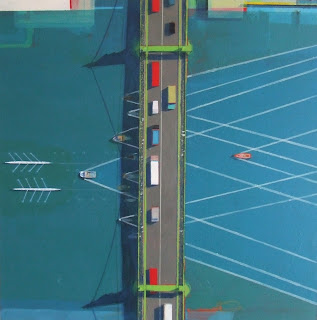 The Boat Race at Hammersmith -Sold 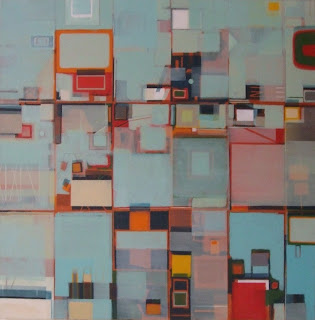 Buildings from above - Sold 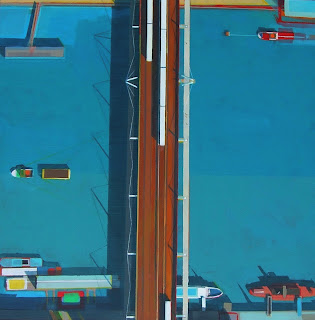 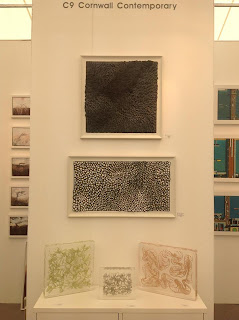 Cornwall Contemporary gallery is showing some of my paintings at the AAF in Hampstead ,London this week.
Posted by alasdair lindsay at 02:54 No comments: